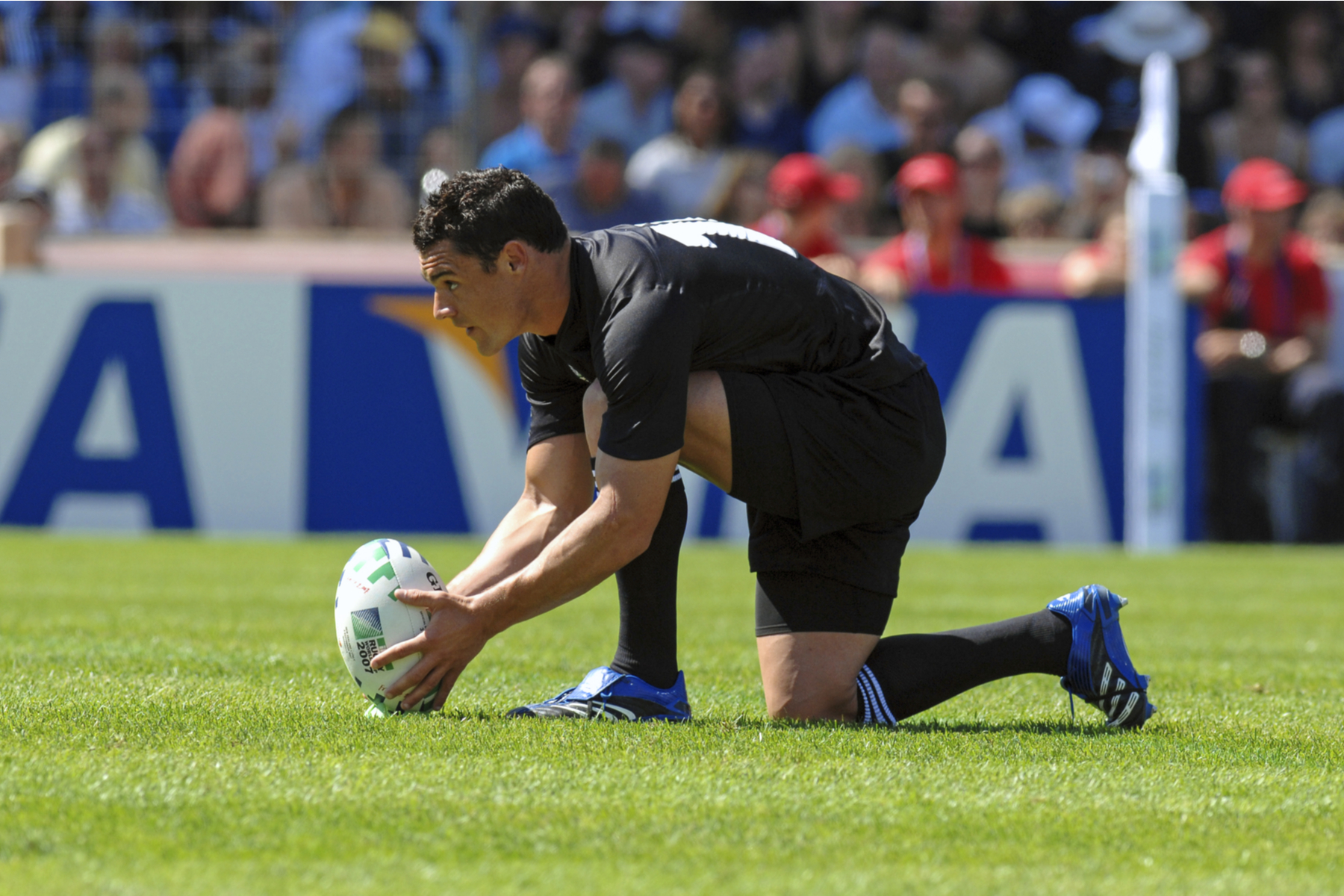 Part two: who would be in your best back division of the professional era?

Last month, we started picking our best team of the professional era, choosing our pack of eight, plus three forward replacements.

So, this month, we have selected the back division to make use of all the ball that the likes of McCaw, Parisse, and Dusautoir will provide for them.

A reminder of the criteria

Before we share our choices with you, here is a quick reminder of the parameters we set ourselves.

These boiled down to three key criteria:

We have followed these again when picking our back division.

As you may have noticed last month, that final bullet point created the most problems! Once we had picked obvious choices such as Richie McCaw and Martin Johnson, that meant having to leave out the likes of Lawrence Dallaglio and Tony Woodcock who would at least have been in the discussion.

As you will see, the same thing happened with our backs.

Choosing our half backs

Much as home bias might tempt you to pick Jonny Wilkinson at number 10, it is impossible not to pick Dan Carter. After all, many experts believe he is the greatest fly-half (or first five-eighth) to have played the game.

He maintained an extraordinary level of performance over his entire All Black career that often touched on “perfection”. It would be very wrong to leave him out.

The choice of his half-back partner came down to George Gregan or Joost van der Westhuizen. It was really difficult to separate them and to an extent, as you will see later, the decision was affected by our choice of fullback.

Besides, being gobby and objectionable is the prerequisite of any decent scrum-half, and few were better than Gregan at being both!

On top of that, he had the perfect build for a number nine and was a dynamic player who controlled games with superb passing skills and vision.

As with choosing our half-backs, the first choice when it came to picking two centres was very straightforward.

Brian O’Driscoll could stake a claim to be one of the top northern hemisphere players of the modern era, and so was an obvious choice.

“BOD” had an extraordinary mix of strength and speed that meant he could sidestep his way through a defence one minute (who can forget “Waltzing O’Driscoll”?) and then act as a third flanker at the breakdown the next.

Had it not been for Dan Carter, Tana Umaga would have been the obvious choice alongside O’Driscoll. Of course, because of the events on the 2005 Lions tour to New Zealand, their names will be inextricably linked in rugby history for rather more notorious reasons!

Having said that, we were more than happy with the ultimate choice of Yannick Jauzion to partner BOD.

Picking a back three

Clearly, our “only one player per country” rule kicked in hard here, as there was no room for Jonah Lomu as one of our two wingers.

Probably as a reaction to being deprived of his rather “direct” style of play, we have chosen two of the fastest and trickiest wingers instead, in the form of Jason Robinson and Shane Williams.

With the exception of maybe Sonny Bill, Robinson is the greatest player to have played both codes of the game. He was a hugely integral part in the England side that won the 2003 World Cup, and was a standout performer throughout his career.

Meanwhile, Shane Williams was one of the greatest wingers to play the game, setting a record for Wales with 58 tries in 87 international appearances.

As our first pick when we were selected our side was Os du Randt at loose-head prop, it seems appropriate for our final pick to be another South African.

A legend in his home country, and in certain parts of Wales after his altercation with a touch judge, Percy Montgomery was an obvious choice at fullback. He scored just shy of 900 points in over 100 tests.

As with the forward selection, we have picked three bench players to round out the squad.

Continuing the theme of only one player from a nation, we picked Chris Patterson (Scotland), Felipe Contepomi (Argentina), and Alessandro Troncon (Italy).

The final line up

With everything considered, here is our final 15: 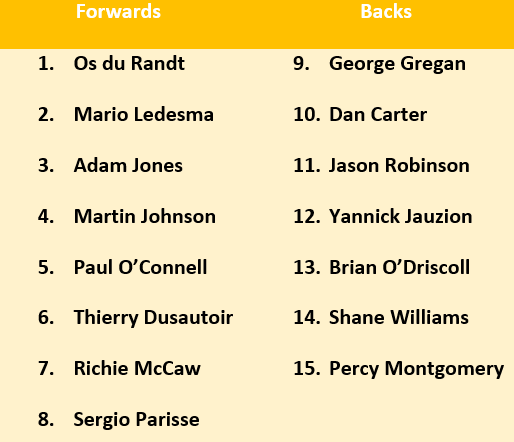 Whether you would like help organising your finances, or you would simply like to explain where you would have made different choices in your 15, please do get in touch with us today at DBL Asset Management. 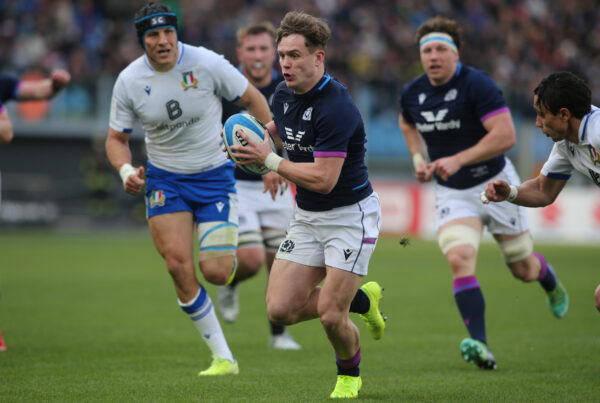 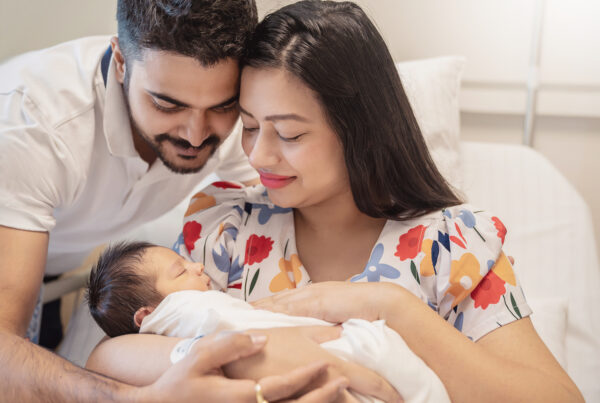 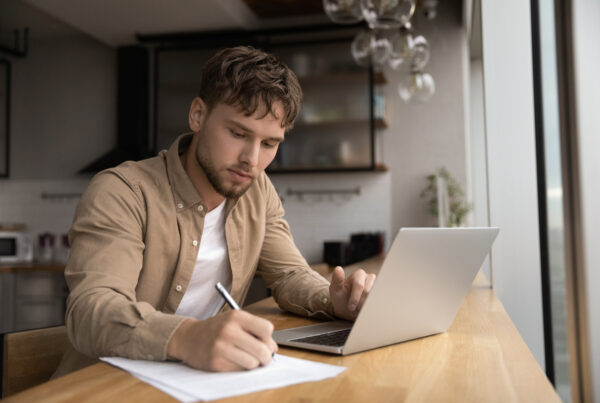